Login or Join Us 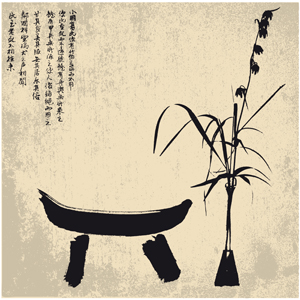 Eating is an important part of our lives. Many cultures have specific ways of eating and before the days of fast food and international transport each culture would eat according to the season and what would grow locally.

We eat to live but often we live to eat. In our culture the taste of food becomes an important part of eating.

In Traditional Chinese medicine and the five element theory their are five flavours in food. The ancients believed that eating specific flavors would nourish the corresponding organs and in such could balance your life, even heal  disease and recover from illness.

According to this theory each of the different flavors has a different function in the body:

In this theory each major organ has a corresponding flavor, element and season. It is believed that paying attention to the correlation between organs and flavors that we can help the body to function better especially when it is not well.

When we pay attention to the flavors and the seasons it is believed that we are nourishing a specific organ. Each flavor also is considered to have either a warming or cooling energy.

By paying attention to how you eat you can also identify when you have cravings. This could either mean that you are lacking in a certain area and the organ is sending you a message or you are overdoing it and stressing that organ. The best example is when we crave sweet, this could mean our digestive system is not producing enough blood and Qi and then become lethargic. If we give into this sweet craving because sugar can be quite addictive then we may also damage the digestive system and as such will not produce enough blood and Qi which is weakening for the body.

The more you are aware of the five flavors to include all of them in your meals you will be improving your health even if you add only a small amount like some herbs that you would not have thought to include in the past.

This chart lists some basic foods that fall into each category.

In the five element cycle we can see how the world transforms from one element to the other, one season to the other and the eternal cycles of our world. The cycle of planing a seed, cultivating it until it grows and bears fruit and is ready for harvest. Like the Yin and Yang cycle everything is in relationship to something. Each element and season is distinct in itself but is related to the season before it and the season the follows. One can’t exist without the other.

Join my seasonal courses either live or on recording.